Apr 2, 2017: Long Beach Yacht Club - The finals are complete, and the new red blazer champion is crowned after a heated five race, down to the wire finals.

Mar 30, 2017: Long Beach Yacht Club: A second day of racing is complete in front of the Belmont pier as the top four teams have been established.


The Congressional Cup is one of the most respected trophies in match racing history. In 1963, the goal of the Congressional Cup founders was to create an annual, world-scale regatta that would run over a short course with intense action, and offer a competition that would be a true test of skill by using equal and identical boats. The first regatta was held in 1965. Through the years, Congressional Cup has attracted an increasingly impressive following of internationally renowned skippers and crews – including many America’s Cup participants – have sought an invitation to the regatta. Now in its fifty-third year, Congressional Cup is back as the only monohull event on the World Match Racing Tour. 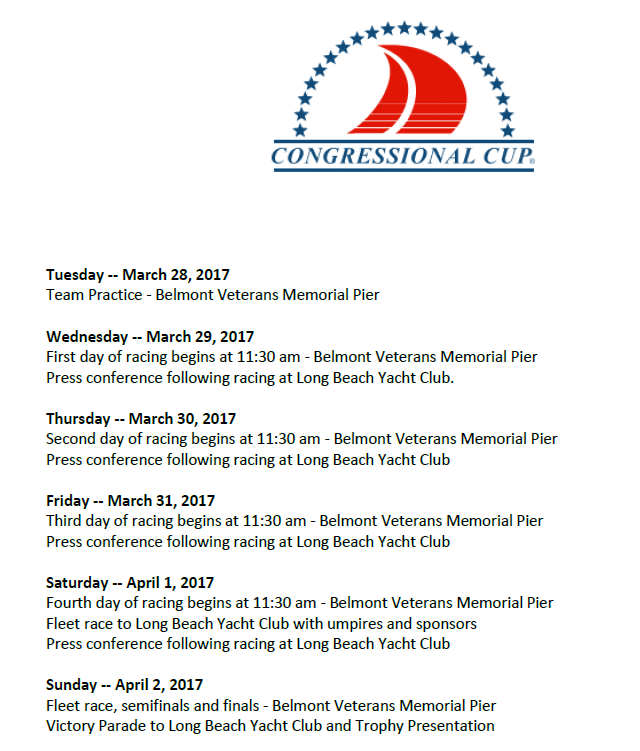