We have forfeited racing today due to damage to our wing, we will be back tomorrow to fight another day #BringTheCupHome pic.twitter.com/yMYK34moyk
— Land Rover BAR (@LandRoverBAR) June 5, 2017

Monday's (June 5, 2017) Results: Emirates Team New Zealand (NZ) won both races against Land Rover BAR (which retired from the first race and did not return for 2nd due to wing damage) and therefore NZ leads 2-0. SoftBank Team Japan and  Artemis Racing each won 1 race against each other and are tied 1-1. 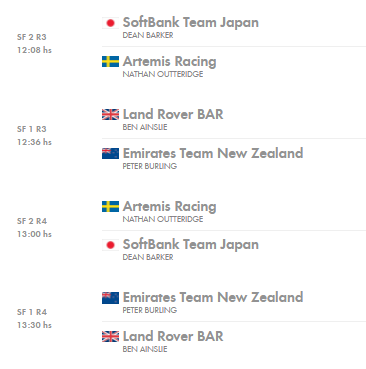