June 2, 2017: A decisive day on the water at the 35th America's Cup which saw many teams fates determined. Artemis Racing redeemed themselves and will now advance, at the expense of Groupama Team France who are now unable to earn enough points to make it through to the Louis Vuitton America's Cup Challenger Playoffs. Meanwhile Emirates Team New Zealand hit a milestone, as they became the first team to stay up on the foils 100% of a race.

June 2, 2017 VIDEO: Another two races and another two wins for Emirates Team New Zealand​ in Bermuda today including the first 'dry lap' by an America's Cup​ team in a race. #ETNZ now on top of the leaderboard. 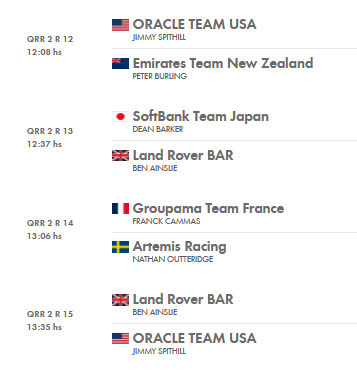 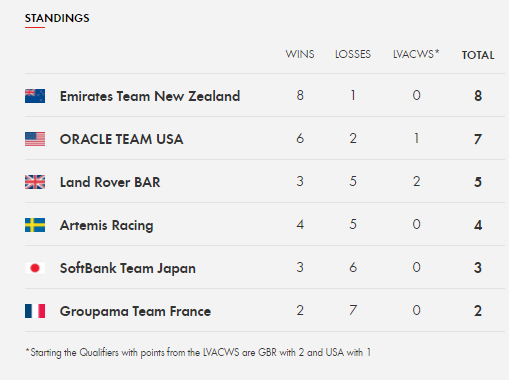 The LVAC teams are currently undergoing a ‘double round robin’ which will end Saturday after competing against each other twice. The team which ends at the bottom of the standings after Saturday [Groupama Team France] will be eliminated. The others advance to the challenger playoffs (except Oracle Team USA which, as Cup defender, advances straight to the final). Each win is worth one point. 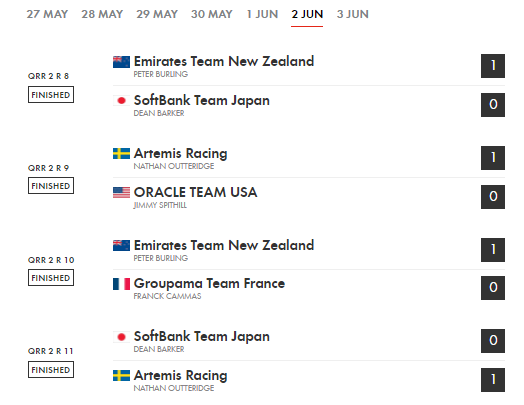