The Volvo Ocean Race fleet is making a quick pit-stop in The Hague on their way to the finish of Leg 9, and the race, in Gothenburg, Sweden! Watch the arrivals in The Hague above. 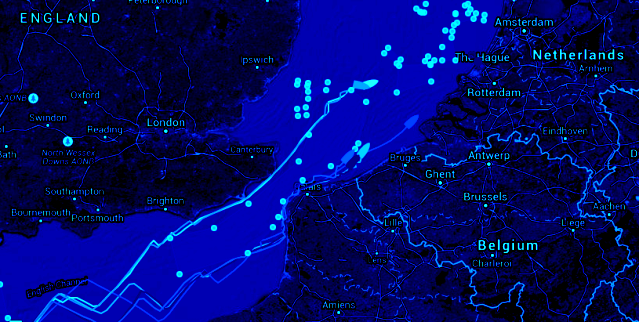 Volvo Ocean Race, Leg 9 - Team Alvimedica leads - Positions on 18 June at 18:44 UTC above (fleet is headed for The Hague, Netherlands, for a "pitstop" before restarting Leg 9 which finishes at Gothenburg, Sweden. (source: volvooceanrace.com) - UPDATE: Team Alvimedica arrives first at The Hague (video above)


The English Channel | Volvo Ocean Race 2014-15 - Jun 18, 2015: The VOR fleet split today and have been battling their way to the finish on both sides of a huge Traffic Separation Zone in the Dover Channel. After a day of majestic coastal racing we'll see who turns the corner first for the sprint to the The Hague pit-stop.


Inside Track: Leg 9 #4 | Volvo Ocean Race 2014-15 - Jun 18, 2015: a dramatic split in the fleet and in this episode we get the sense that it just might pay off for Alvimedica - Genny has their coach and mentor Ken Read on the show and he gives great insight as the Den Hague pit stop looms on the horizon.


Inside Track: Leg 9 #3 | Volvo Ocean Race 2014-15 - Jun 18, 2015: Huge split in the fleet in the English Channel, so we hear the decision making process and check in with teams on both sides, Dongfeng Race Team to the North and Abu Dhabi Ocean Racing in the south.

more sailing news below (@ web version link below for mobile)